By Kevin Shaw
On September 19, 1997 the Pats traded Perry Johnson to the Memorial Cup Host Spokane Chiefs in exchange for future considerations. Johnson was 2nd in the league among defensemen scoring with 71 points only training teammate Derek Morris (75) in 1996-97.

The considerations were believed to be John Cirjak. They were also talking about acquiring Ronald Petrovicky from the Prince George Cougars. We'll have to wait to see how this plays out over the next few days. Many long time Pats will most likely know how this plays out. 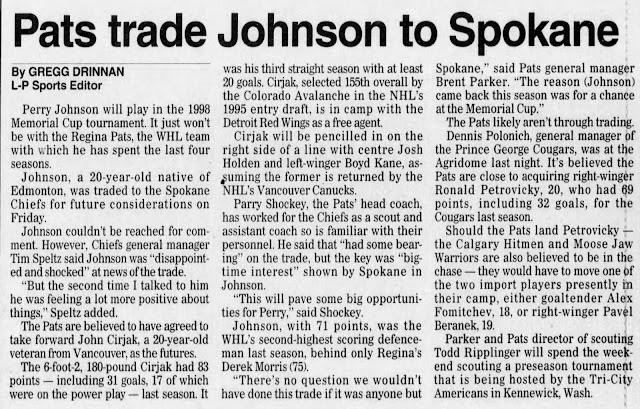