By Kevin Shaw
From Dan Plaster

Regina, Saskatchewan – The past few months have been a tragic time in the hockey world. To show our respect and in memory of the losses that were incurred by the WHL and the Regina Pats over the summer the Pats will pay homage to former Pats, Derek Boogaard and Rick Rypien during the 2011/2012 WHL season. Starting with the home opener tonight a customized Regina Pat logo with the names and numbers of Derek and Rick along with the words “In Memory” will be displayed on the back of the Regina Pats bench at the Brandt Centre. 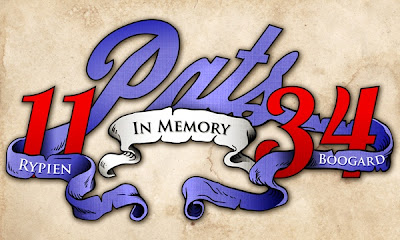 Additionally the Pats will wear a special helmet decal that has the WHL Logo surrounded by the initials of Wade Belak, Derek Boogaard, Brad McCrimmon and former Pat Captain Rick Rypien. 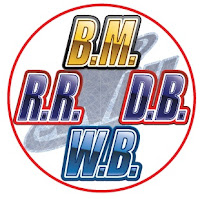 On Friday, January 27th, the Pats will have Rick Rypien bobblehead night, a night fully supported by the Rypien family because we will use the bobbleheads to raise money for Kidsport - Crowsnest Pass, a charity that Rick supported in his home region. We will also be using that night to raise money to support Boogaard’s Boogaardians which was Derek’s charity that supported military families in the Minneapolis-St. Paul area of Minnesota.

"We have all been deeply saddened by these tragic loses and we felt it was very important to recognize not only Derek and Rick but Brad and Wade as well.” Regina Pats President, Brent Parker continues, “The contribution these men made to their communities and the legacy that they have left behind is a testament to the people they were. Our hearts go out to all of their families"
A moment of silence will take place prior to the Pats home opener tonight versus the Swift Current Broncos.