History has been made.

The 1980-81 version topped out at the century mark but wasn't able to crack it. That 1980-81 team took until the final game of the regular season to get their 49th win and 100th point. The Pats downed the Calgary Wranglers 5-2 March 25, 1981 on home ice in front of 5,750 fans. A couple of pictures and game story and summary as it appeared in the Leader-Post. 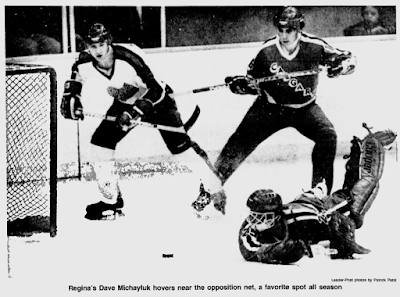 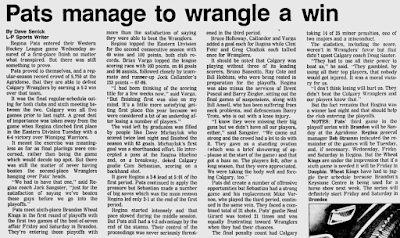 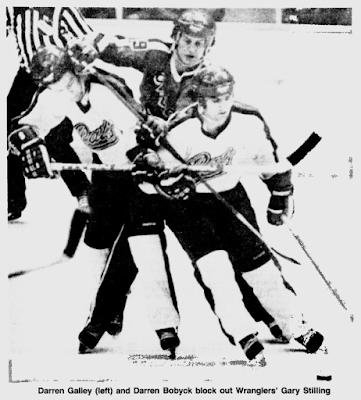 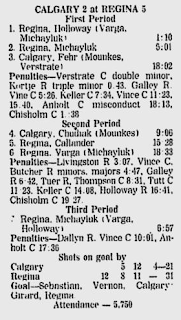 Sergey Zborovskiy
- Has 193 games played which puts him in 90th all-time.

Connor Hobbs
- Has 87 assists which puts him in a tie for 97th all time (with Austin Wagner, Lane Scheidl, Garrett Festerling and Nathan Dempsey).

Popular posts from this blog

By Kevin Shaw March 12, 2022
Rob Vanstone and myself (I'm on the left) in the press box on March 5, 2022 (Photo: Keith Hershmiller)   Hi everyone, life has been tough this last bit. Things are getting better. I have a lot planned and hopefully things go smoothly, I'm looking forward to getting The Blueliner back and better than ever. Remember, if you are on Twitter follow me there @theblueliner  or check out DUBNetwork.ca  for my other project that I have basically taken the reigns of. Stay tuned for more info coming soon! Kevin
Read more